Nashville, United States – May 6, 2021 — Michael Deem, a biomedical engineer, has launched his own YouTube channel. The goal of Michael Deem’s YouTube channel is to focus on his academic research in bioengineering and interviews with other scientists as well as displaying some of the hobbies he enjoys outside of work, like rock climbing, travelling, and martial arts. He will also be documenting some of his daily life, such as when he’s conducting research, giving presentations and lectures, or spending time mentoring students. With this new platform for sharing videos, he hopes to inspire more people to become interested in science through education and entertainment, while providing an inside look into what it is like being a research scientist.

“I’m really excited to share my work with others,” said Deem when asked why he decided to start this new project through the medium of video blogging. “It’s been great to see so many people interested in the work I do, and academic life as a whole.”
His videos will be published semi-regularly as his schedule permits and will be a mix of self-shot videos documenting his workday, videos explaining scientific concepts, and videos of his talks and lectures.
“I want my content to be accessible for people who are interested in science,” says Deem.

Michael Deem has developed methods to quantify how vaccines work and how different they are. He has also created a system that would make the immune system better at fighting dengue fever and has solved a mathematical model of evolution that accounts for cross-species genetic exchange. Deem also created a hierarchical approach to protein molecular evolution, a thermodynamic formulation of evolution, and a theory for how biological modularity can spontaneously arise in an evolving system.
For about 10 years, Deem was in a project called FunBio. He contributed the idea that when there are changes in environmental pressure, spontaneous formation of modular structure happens. The proportionality constant depends on how rugged the fitness landscape is. Examples of this can be seen in protein structure, genetics, and biological networks. 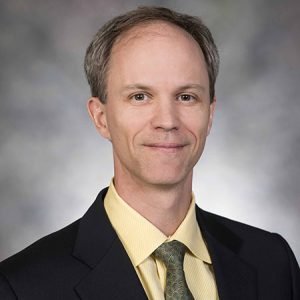